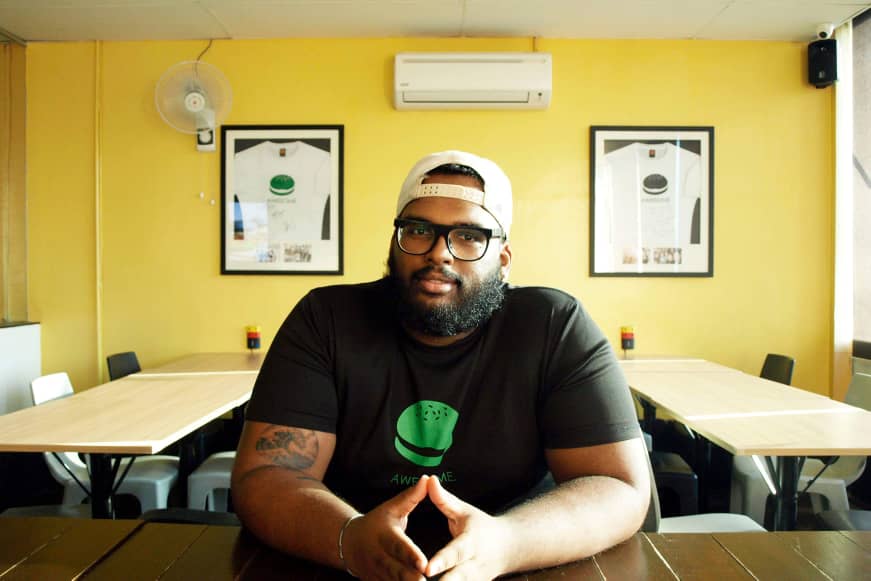 “I still remember my first myBurgerLab salary. It was a total of RM217 and from
then I thought to myself, oh money, why not more? So I kept on working
from a part-timer to eventually becoming a manager.”

Q: How did you find out about myBurgerLab?
“I joined myBurgerlab in December 2014, I actually didn’t really know about myBurgerLab. A friend of mine used to work at the Seapark branch. He offered me to come and work as I couldn’t land a job back then because I was in college and had to pay for my own tuition fees. It was really difficult for me to find a job mainly because (not trying to make this a race issue) as an Indian male I’ve tried looking for several part time jobs and had gotten rejected countless times. I remember going to one of the F&B outlets and the manager actually showed me a hiring chart. It was a chart of most preferred employee to least preferred employee (covering both genders and races). It went something like this: Chinese female, Malay female, Chinese male, Indian female, Malay male, Indian male. It was a really weird thing to see. After that, I kind of lost motivation to look for jobs and a few months later there was where I took the opportunity to work at their newly opened Sunway Lab (in November) and the rest is history. It was a serendipitous encounter which most definitely catapulted me to greater heights I didn’t think existed.”

Q: What is the one thing you treasure the most?
“I have this note of Bangladeshi currency. It’s a 10 Taka note. It was given to me by one my fellow managers at the Sunway Lab. Working alongside him was a really eye-opening experience for me. Being Malaysians, a
majority of us have the tendency to view Bangladeshis as just laborers and outsiders. The naive me back then didn’t know that there was a whole other side to Bangladeshi people. This friend of mine who I respect greatly taught me to never judge anyone based on their culture and upbringing and it’s always better to get to know someone before we shun them. From then on I’ve always kept this note with me as a reminder to uphold the qualities of a better human being.”

Q: Where do you see yourself 5-10 years down the road?
“I’ve always been a business type of person, and my heart belongs in the F&B industry. I like the fast-paced nature of this industry and I truly enjoy exploring and trying out new things related to food. But 10 years down the line, hopefully I would’ve completed my degree and saved up enough money to open up my own place. Although I’m not sure what it’s going to be, I definitely want to have a business I’m able to call mine and share with my family.”

Dilip loves the occasional salt water/fresh water fishing, and wishes to be able to travel to Japan someday as he is fond of its tradition and culture. He also has a tattoo which reads ‘Family and Duty’ in traditional Japanese characters. It is evident that Dilip holds his family and his sense of duty close to his heart. A day spent where his priorities are not in check is a day where he’d rather not be alive. 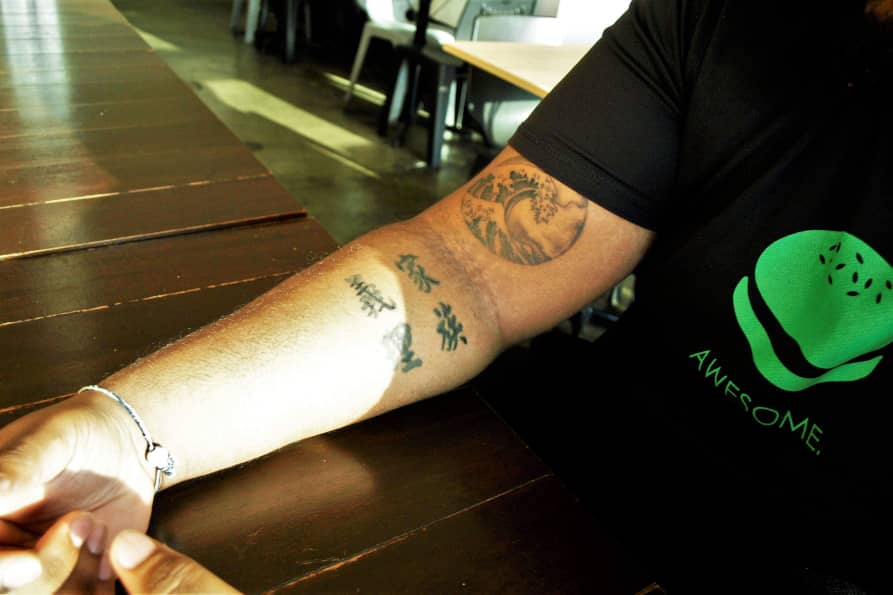 For more Geeky origin stories, check out @geeksofmyburgerlab on Instagram!