It’s not exactly what you’re thinking… but its name does hold its own significance about how this beef burger came about! Just like every story, here goes.. 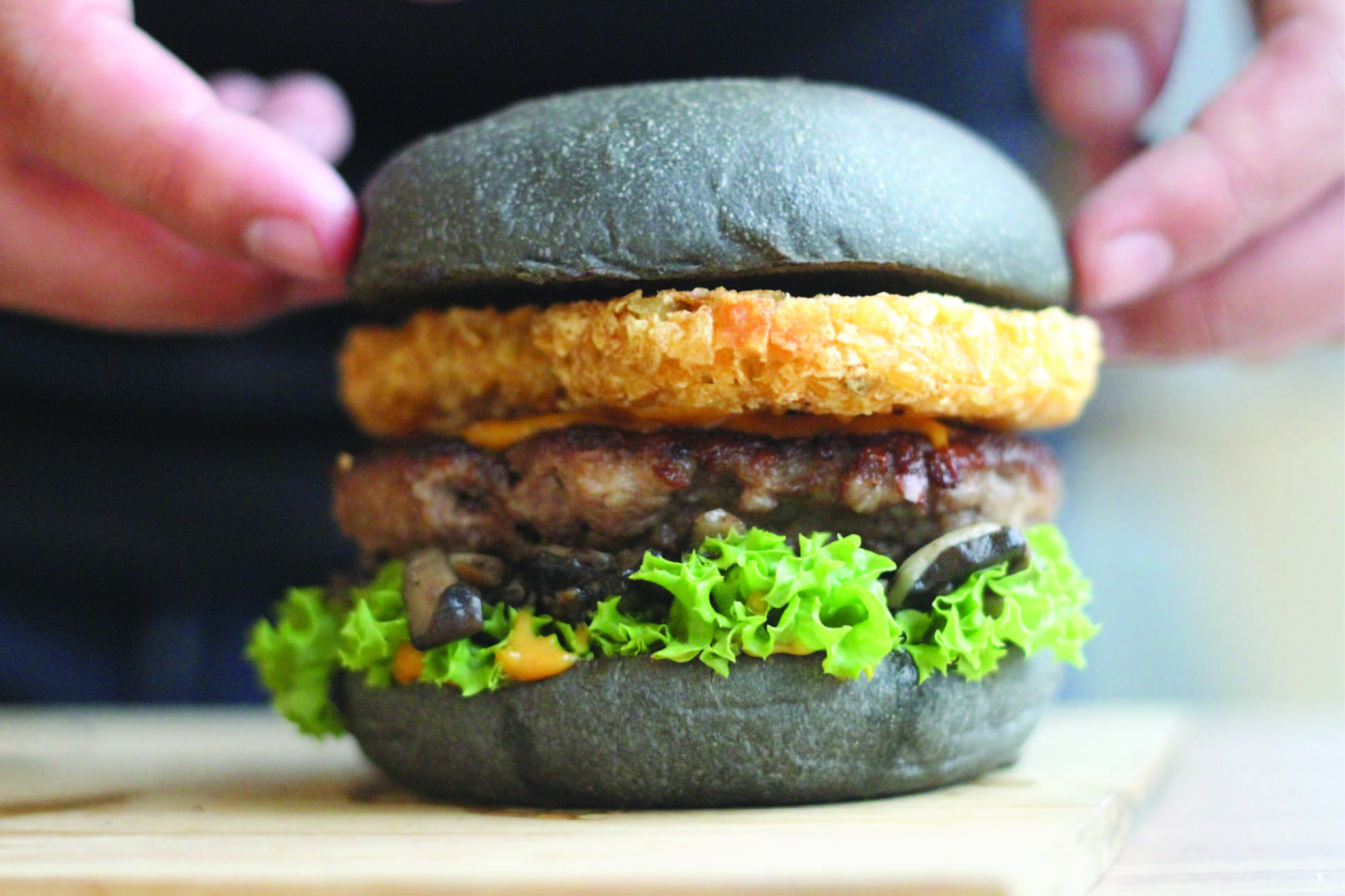 As always, after a good fun night of drinks.. It was time to sober up and hence McD it was! Ah Chin would always have his only love… the Sausage Egg McMuffin, while his friends at the wee hours chose to have pancakes instead.

Imagine what it would be like at the moment, everyone seated with their meals on a tray in front of them… and in this case with their burgers, fries, soda and waffles. Famished, everyone just wanted to eat! And there was Ah Chin who would grab the maple syrup and drizzled it over his hash brown!

‘Ewwwww’ you said? Well, you’re not alone, many others have had that same reaction before you. But this was how ‘The Hangover’ came to be at myBurgerlab.  Don’t knock it till you try it! It’s a combination of Sweet and Savory that has a Beef patty, Mushrooms topped with a Crispy Hash Brown and Maple Syrup. So, if you like your burger sweet and crunchy, you know what to get the next time you’re in line.