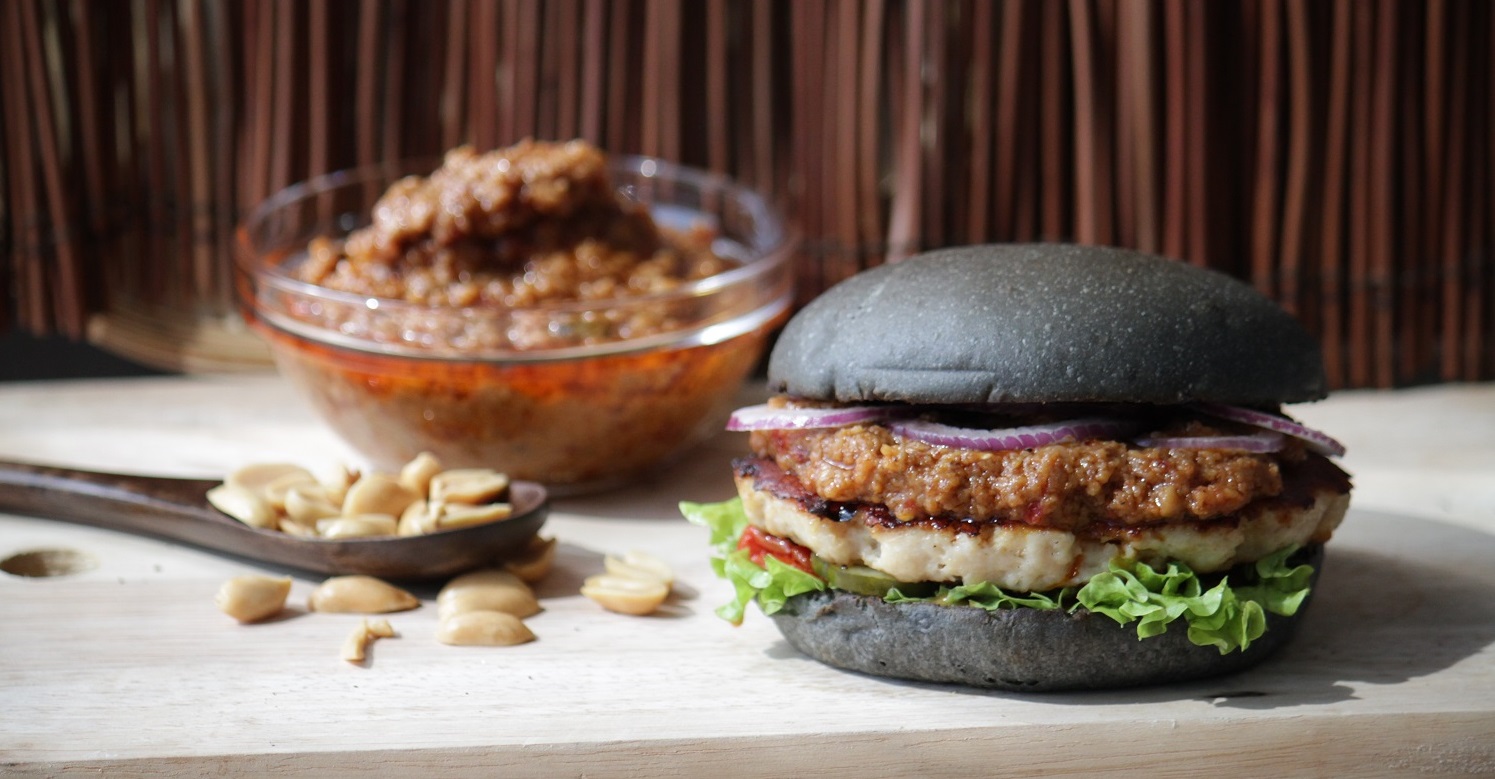 Years ago, there was an idea, to create a burger influenced by the unique flavors of Satay, and it was called.. The Sarong Burger. Confused? Thought you were here to read about the Sataysfaction burger? Well don’t be, they’re one and the same. Why was it called the Sarong Burger you ask? Well, let us tell you a little story-

In 2014, we met the awesome people from RandomAlphabets, a participatory arts group that conducts guerilla-style events (such as flash mobs) to spread the message of unity and togetherness. They were in the midst of planning their latest campaign, #keretapisarong2014, which encouraged Malaysians (both in and out of Malaysia), to don their Sarongs and ride public transport, and come together at a designated meeting point, effectively flooding the boring trains many of us use each and every day, into an art gallery depicting the beauty of the traditional Sarong. Touched by this initiative, we decided to create a burger inspired by the iconic Malaysian dish, Satay, and name it the Sarong burger, in support of the #keretapisarong2014 movement.

Made with a medley of a deliciously spicy peanut sauce paired with our homemade lemongrass caramel sauce, on a perfectly grilled chicken patty with sliced onions and pickled kyuri cucumbers, the Sarong Burger was met with much fanfare, and created what can only be described as a cult following, crying through it’s departure after the #keretapisarong2014 campaign, and celebrating its short comeback at the end of 2014.

And now, over 4 years since its inception, the Sarong burger has returned again, just for a little while, to commemorate Malaysia Day 2018. We can already tell, it’s gonna be a Satay-riffic September.