2nd March, the day our fellow geeks marched into battle against each other, to come up with the most unique and mouth-watering burgers they could imagine. The battle was intense, the kitchen was on fire (not literally of course). The smell of adrenaline filled the air, as well as the aroma of juicy patties being cooked. First up, we were introduced to the glorious city of Mumbai by sisters Thanussha and Natasha. With each bite bursting with spices and flavors, The Mumbai Bite, certainly did kickstart the battle brightly, setting the stage for what was to become a very competitive night of burger battling.

Next up was Brian Ee, who decided it was time to bring the audiences back to where it all started, Malaysia. Inspired by a Malaysia favorite (Nasi Lemak) Brian wrapped up the local delight and constructed ‘The Malaysian Favourite’.

Crouching up behind Brian is KungFu duo, Chi Yan and Kong Jun, together with their burger, ‘KungFu Pow!’. Aiming to knock the judges off their seats, Chi Yan and Kong Jun came up with a chicken burger topped with Kung Pao sauce, topped with roasted cashew nuts. Following the KungFu Pow, was Edmund and Eugene’s reinvention of the Caesar Salad, a caesar salad burger. What better way to illustrate the house of the leader of an empire? A glorious burger of course! 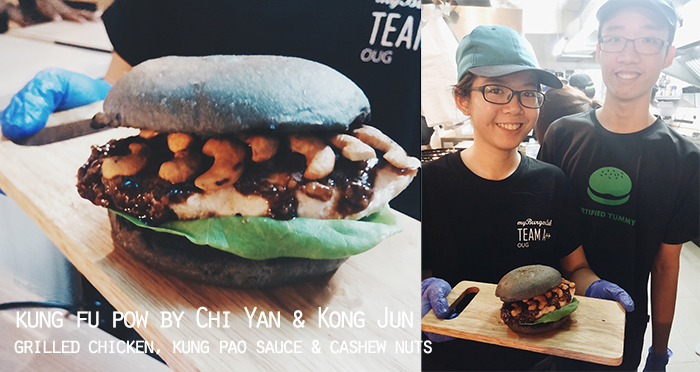 After having such a variety of flavorful burgers, it was time to spice things up. Tom Yum lovers Rachel and Jing Jia brought in a Fried Oyster Mushroom and Fried Squid Tom Yum burger. With their homemade Tom Yum mayo sauce being the star of the burger, audiences couldn’t help but to ask for more of the ‘Tom Yum Goong’.

We’re almost done with the battle! Next was Victor’s burger, ‘The F Word’. F for FISH! (Also the only fish burger in the competition). Hoping to swim into victory, Victor prepared a fried fish burger topped with sauce made with Feta Cheese, Yogurt and Cucumber.

Last but not least, Celestine and Jeremy crackled the audience up with their ‘Crackle Crunch’! Ending the battle on a crunchy note, the two amigos topped their fried chicken patty with a perfectly fried hash brown, topped with Queso (a cheese sauce) and Nachos. There is only one word to describe the crackle crunch, it was certainly nacho-rific!

And finally, the climax of the battle… Awaiting the results from the judges! 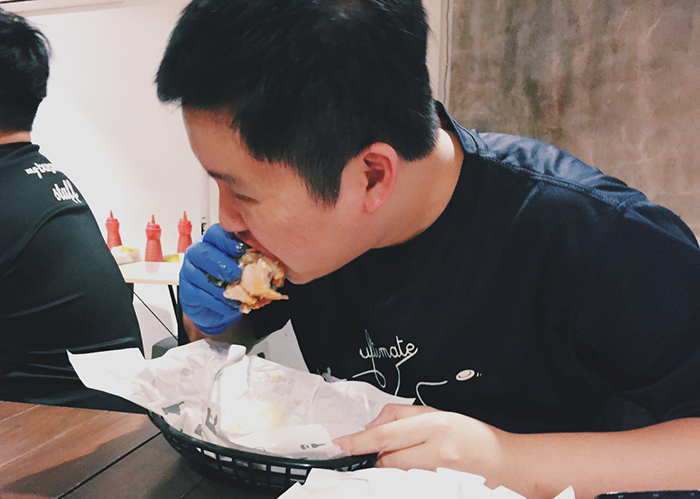 Though none of the burgers qualified for the cash prize, there were several highlights from the night. The ‘Mumbai Bite’ interested judges with its combination of heat, spice and texture, while the ‘Tom Yum Goong’ spiced up the judges taste buds. The star of the burger being the Tom Yum mayo, spicy yet zesty and creamy at the same time. These were the burgers with the most potential from the night. With some minor changes these 2 burgers may be coming to you soon? Only time will tell! 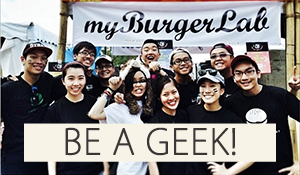